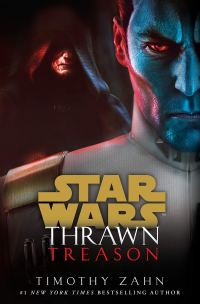 Much like the previous Thrawn novel, this one never really hooked me in any meaningful way. The first book in the trilogy chronicled Thrawn’s rise up the ranks in the Empire and that narrative momentum was stalled in the second and third books. Though, I was happy to have Thrawn and Eli Vanto back together matching wits and seeing the Chiss Ascendency in action gives me hope for the prequel trilogy that is coming in 2020. Either way, I’m glad to have read this series, even if I was let down by the final two books. Thrawn is a great character and I’d be interested in seeing more of him, either in Star Wars Rebels or in Zahn’s non-canonical Star Wars books.

This was a big step down from the first book in the series. Although it was fun to see Thrawn and Darth Vader team up, their story arc was less than riveting. For me, knowing the fates of established characters (Vader, not Thrawn) drains the story of any real stakes. Similarly, the Thrawn/Anakin/Padme story that parallels the present day narrative did not land for me and I felt myself rushing through it just so I could get back to Thrawn/Vader, which I also quickly lost interest in. So then I was rushing through both timelines just so I could finish the book and move on to the sequel, which has better reviews and features the welcome return of Eli Vanto, who I sorely missed here. 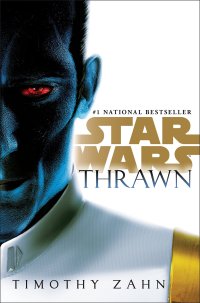 I’m always impressed by authors who can write genius characters well. I hadn’t read anything by Timothy Zahn before this, but it’s clear he has Thrawn’s personality down pat. I’m enjoying how blurry the lines of Good vs. Evil are when it comes to Thrawn and his actions. His military decisions usually benefit humanity and minimize casualties, although it’s unclear whether that’s intentional or just the most prudent action for the time and place. I suspect these decisions will increase in complexity as he continues to rise the ranks in the Imperial Navy.

At times, it felt like there was a certain inevitability and repetitiveness to his advancement up the command chain, but that provided a nice juxtaposition to the stagnation of Ensign Eli Vanto’s career. I was less enthralled by the secondary storyline, but things came together nicely in the end and I’m excited to continue on with this series.